These paintings were part of a solo exhibition titled On Transience which I began in reaction to the death of a close friend. The three monochromatic black paintings are memorials to specific persons and the larger blue and yellow pieces are ruminations on the theme of impermanence. The painting titles, 86400 Seconds and 186000 Seconds refer to the number of seconds in a day, and the speed of light, respectively. The show also featured a wall of digital photographs printed on canvas, titled Deliquesce, which I made in 2000 but hadn't exhibited before. 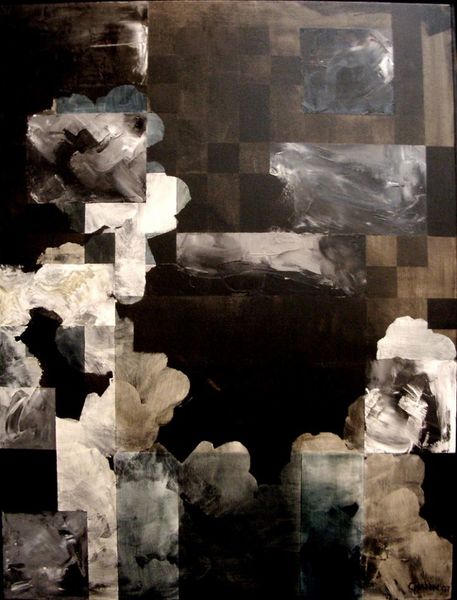 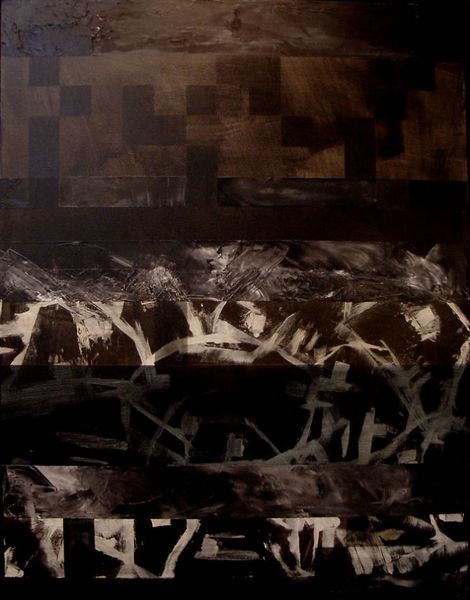 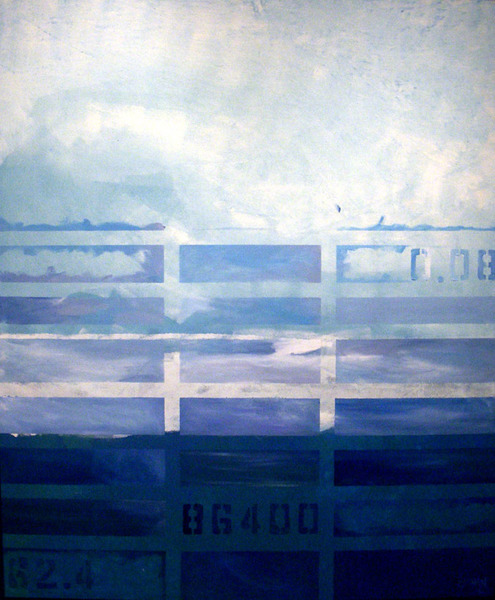 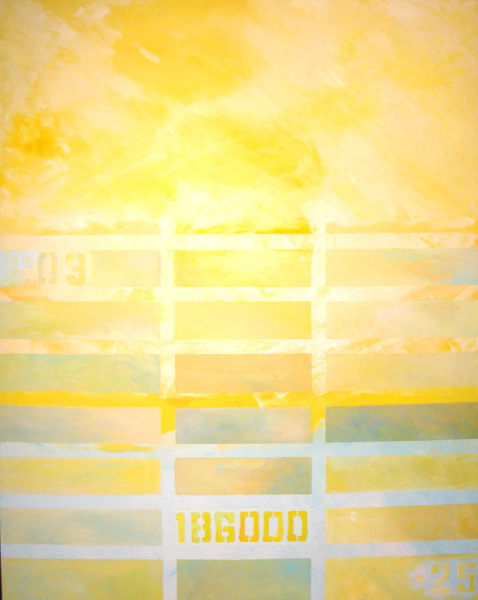 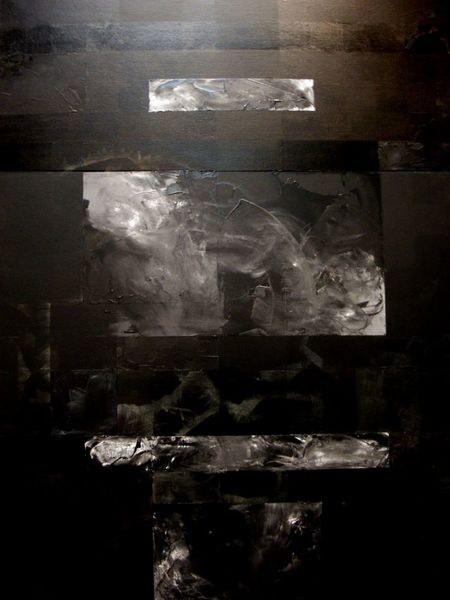