Deliquesce is a series of low-res digital photographs﻿, taken from the window of my studio in 2000 and printed to canvas. The images feature sky, water, and the resulting shadows and light which reflected back onto the wall. Enlargement and digital manipulation of the images brought out a grainy, dreamlike texture which was enhanced by the final presentation of the images in a large wall grid. 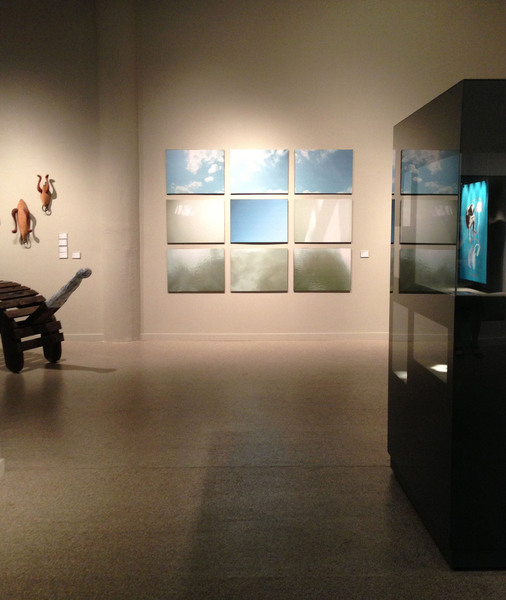 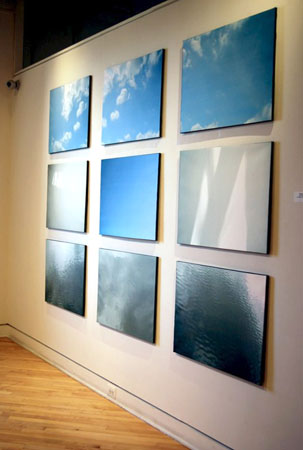 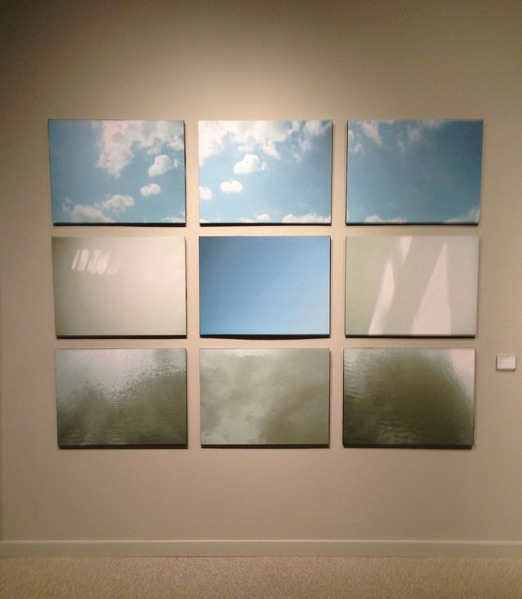